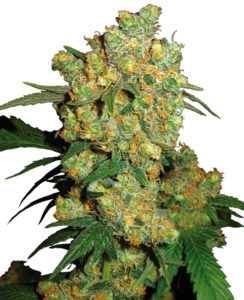 Cannabis Cup Winner. One of our most popular strains. A plant for professional cash croppers. Even experienced growers continue to be amazed and come back to fill their garden with these heavy ladies. It is advisable to tie up the bottom branches as they have a tendency to break due to their excessive weight.

Big Bud has long been famous as a cannabis strain with jaw-dropping yields. Less well-known is the fact that her superior Indica pedigree has been carefully refined and steadily improved over many years. Big Bud’s early development occurred in the USA before the strain was brought to Holland in the Eighties in search of political asylum. When the War on Drugs intensified, pioneering US breeders feared to lose irreplaceable ganja strains which embodied years of work, study, and devotion. Many unique and cherished genotypes were brought to the Netherlands to ensure they would not be lost forever. The first Big Bud was a sturdy Afghanica infused with Skunk genes — a hybrid possessing unusual vigor and unexpected, record-breaking production. Distributed in clone form, Big Bud quickly became a popular commercial strain. When those original clones made it to Holland, they gave rise to several stable seed-strains, including a back-cross with Skunk #1 and a very popular hybrid of 75%BB-25%NL#1. The current, award-winning incarnation of Big Bud was made possible by two important developments. Firstly, intensive research allowed Sensi to identify the genotype and precise geographical origin of the Afghani cultivar behind the first Big Bud. Secondly, the expansion of our gene-stock in the early Nineties gave Sensi breeders access to a prime example of that very strain. With these two breakthroughs, we were able to take Big Bud back to her roots. Sensi’s final, back-crossed hybrid recaptures the vigor of the original clone and benefits further from sweet, fruity flavors and a great improvement in potency. Naturally, enormous production remains the central feature of the Big Bud seed-strain. Plants requiring the full flowering time will grow a little taller and are usually the heaviest-yielding examples. Big Bud’s stems are thick and sturdy, yet the masses of giant, sweet, sparkling buds they produce can grow heavy enough to bend and even snap them, so the most promising branches should be supported with string or tensioned wire. 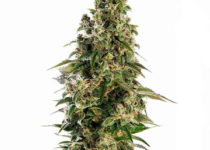 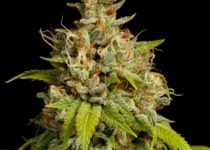 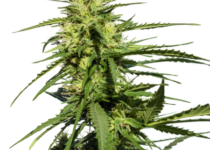