Marijuana is a deciduous plant which grows from seeds. The fibrous section of the plant was (has been replaced by synthetics) used to make rope. The flowering tops, leaves, seeds, and resin of the plant is used by just about everyone to get HIGH. Normally, the vegetable parts of the plant are smoked to produce this “high,” but they can also be eaten. The active ingredient in marijuana resin is THC (tetrahydrocannabinol). Marijuana contains from 1 – 4 percent THC (4 per cent must be considered GOOD dope). Marijuana grows wild in many parts of the world, and is cultivated in Mexico, Vietnam, Africa, Nepal, India, South America, etc. The marijuana sold in the United States comes primarily from, yes, the United States. It is estimated that at least 50 per cent of the grass on the streets in America is homegrown. The next largest bunch comes across the border from Mexico, with smaller amounts filtering in from Panama, occasionally South America, and occasionally, Africa.

Hashish is the pure resin of the marijuana plant, which is scraped from the flowering tops of the plant and lumped together. Ganja is the ground-up tops of the finest plants. (It is also the name given to any sort of marijuana in Jamaica.) Marijuana will deteriorate in about two years if exposed to light, air or heat. It should always be stored in cool places. Grass prices in the United States are a direct reflection of the laws of supply and demand (and you thought that high school economics would never be useful). A series of large border busts, a short growing season, a bad crop, any number of things can drive the price of marijuana up. Demand still seems to be on the increase in the U.S., so prices seldom fall below last year’s level. Each year, a small seasonal drought occurs, as last year’s supply runs low, and next year’s crop is not up yet. Prices usually increase about 20 – 75 per cent during this time and then fall back to “normal.” Unquestionably, a large shortage of grass causes a percentage of smokers to turn to harder drugs instead. For this reason, no grass control program can ever be beneficial or “successful.”

Marijuana for Medical Use

Medical cannabis, or medical marijuana, is cannabis and cannabinoids that are recommended by marijuana doctors for their patients. The use of cannabis as medicine has not been rigorously tested due to production restrictions and other governmental regulations

There is one surefire way of avoiding high prices and the grass DT’s: Grow your own. This is not as difficult as some “authorities” on the subject would make you believe. Marijuana is a weed, and a fairly vivacious one at that, and it will grow almost in spite of you.

Growing marijuana indoors is fast becoming an American Pastime. The reasons are varied. With the increased interest and experimentation in houseplant cultivation, it was inevitable that people would apply their knowledge of plant care to growing marijuana. For that, they only need to prepare the soil and organize the watering process. Many of those who occasionally like to light up a joint may find it difficult to locate a source or are hesitant to deal with a perhaps unsavory element of society in procuring their grass. There is, of course, the criminal aspect of buying or selling grass; Growing marijuana is just as illegal as buying, selling, or smoking it, but growing is something you can do in the privacy of your own home without having to deal with someone you don’t know or trust. The best reason for growing your own is the enjoyment you will get out of watching those tiny little seeds you picked out of you stash sprout and become some of the most lovely and lush of all house plants. 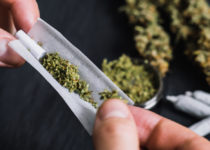 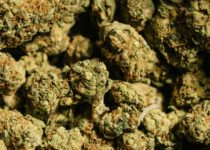 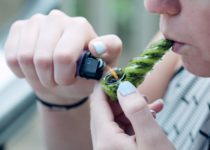